How disintermediation is changing communications

It’s a Friday afternoon in late January and I’m working in the back office of a convention centre in the Swiss Alps. Through the window I can see a breathtaking scene that wouldn’t look out of place on a Christmas card: snow-covered mountains towering majestically against a bright blue sky. At my desk, I’m watching a live stream from the stage not 50 metres away; US Secretary of State John Kerry is giving a moving address about combating violent extremism. I’m busy scribbling notes and making time code references; I have one hour to distill his talk into a blog post. 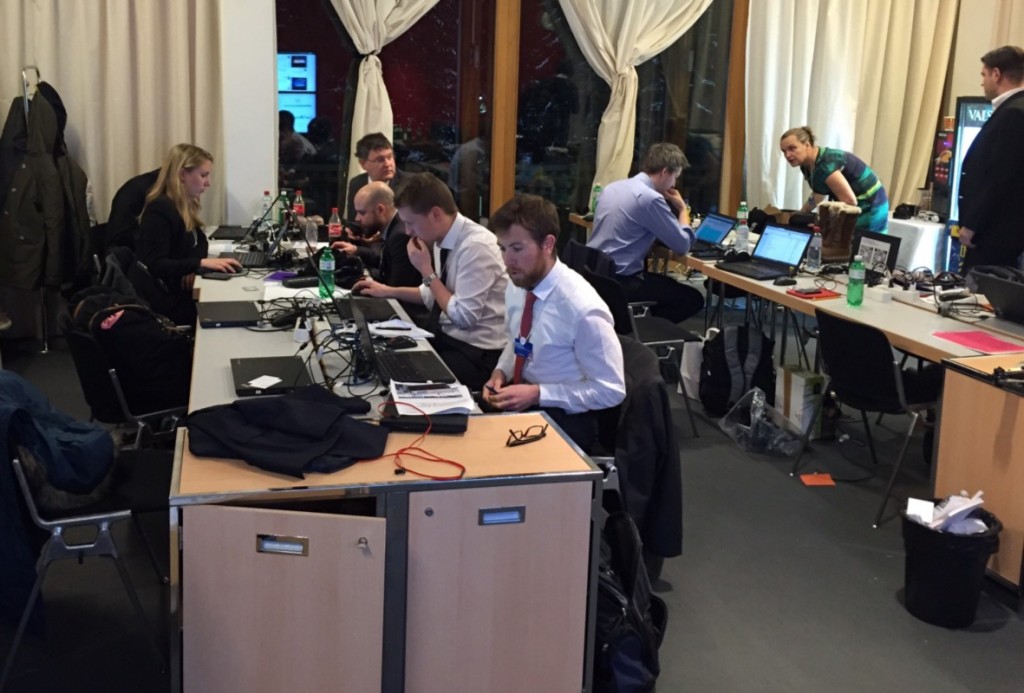 This is all happening behind the scenes in a ‘digital media command centre’ at the 45th annual meeting of the World Economic Forum in Davos. In addition to the hordes of global media that descend on the alpine town every year, the Forum has its own in-house digital team, creating content for its blog, Agenda, and sharing posts, videos, quotes and images via Twitter, Facebook and Instagram (including posts in Spanish and Mandarin). It’s an impressive team working on content creation including a roving video journalist who’s using an iPhone 6+ to rapidly shoot and upload interviews. There are also posts on Medium and alerts via the Yo messaging app.

Working embedded in a team like this is a new experience for me. Usually I’m hired to tell stories as an outsider standing on the edges; my detachment from the subject provides the value.

Here I’m ensconced within the Forum team for six days in what is a formidable cross-media content factory. This is real-time content creation like you’ve never seen it before — a busy, buzzy field newsroom, creating, cranking and sharing content, whilst a grid of screens displays real-time analytics so we can see what’s getting traction in an instant. 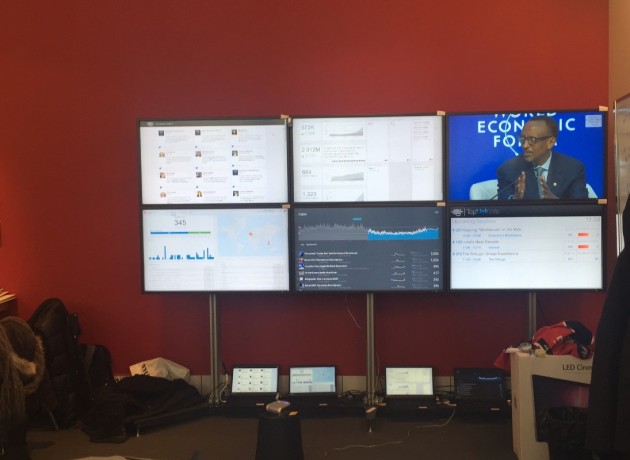 Telling your own story

It may be a different setup to what’s usual for me, but my process for telling a story remains the same: explore > listen > capture > create > edit > share > measure. But things happen fast here, in Davos the pressure is on to communicate the story accurately but also rapidly.

Davos often suffers from a perception problem, that it’s a place where the “1%” global elite get together for a bonding session. The reality is very different. This year climate change, poverty and gender parity are high on the agenda. Amongst the academics, NGO representatives and social entrepreneurs are names such as Oxfam’s Winnie Byanyima, Rwanda’s President Kagame and Tim Berners-Lee. It feels a long way from the idea of a privileged few chatting over canapés and champagne. So there’s an opportunity — and a need — for the Forum to tell their side of the story, and to do that direct-to-audience, instead of relying on outsiders — journalists and commentators — to get the message out.

Welcome to ‘disintermediation’ — cutting out the middleman to tell the story directly, ‘creating and using your own content to build a voice’. It requires organisations to relinquish ownership of their content and to share it in the public domain.

“The key factor is an organisational willingness to engage with audiences without mediation, without having your information filtered through traditional news media. Going directly to the audience is risky but ultimately rewarding, as you have the power to tell your own stories.” Adrian Monck, World Economic Forum

Online, the World Economic Forum tells its story by passing the microphone around to a bunch of different voices, publishing those voices on Agenda, highlighting areas of the Forum’s work that the audience might not traditionally associate with them, such as the global gender gap. Making the content more gettable and accessible means it reaches new audiences. 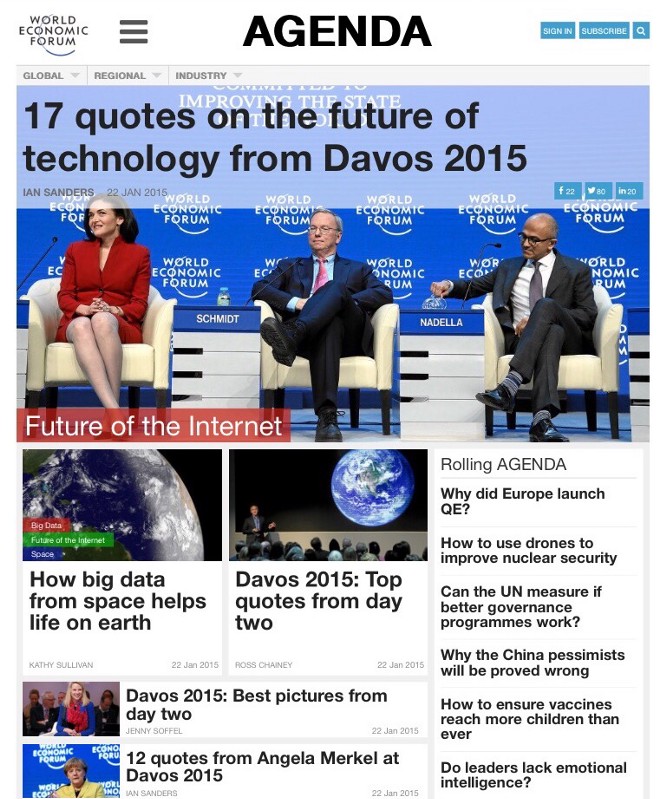 Look outside-in for the answers

Publishing these voices also echoes the raison d’être of the World Economic Forum which is about facilitating engagement, as opposed to providing all the answers itself. On Agenda you’ll find posts with titles ranging from ‘Why are our daughters still trapped by sexist stereotypes?’ to ‘Why science education is key to development goals.’

Agenda is a year-round publishing operation, but for these six days in January its regular output is boosted by content specific to what’s happening in Davos. And it seems to be working. During Davos week 375 posts were published on Agenda with a million plus visitors and over three million page views.

Okay, not every organisation will have the appetite or the resources for its own digital media command centre. But every organisation has a similar opportunity: all you need is a good story, a digital platform and the social media network to spread the word. You don’t need to — or shouldn’t — rely on others to get and to share your story anymore. Instead, try telling your story your own way…

Online harassment is a serious problem in America. This is where it’s happening

Social media sites are some of the most common places for online abuse, but it's also seen on messaging apps, gaming platforms, email and dating sites.

Social media platforms like TikTok are being used by medics to dispel false information about COVID-19, which could undermine the global pandemic response.

The digital switch? Why more Americans are logging on than tuning in to get their news