How clean is the air in your city?

More than 2 million people die every year due to the effects of air pollution. While focus has largely been on carbon emissions, a number of other pollutants contribute to air pollution, including particulate matter, nitrogen dioxide and sulfur dioxide.

The Plume City Air Report map is a new project by Plume Labs, which aims to raise awareness of air quality around the globe.

The map builds predictive models based on half a million open data environmental measurements which are collected from 11,000 stations worldwide. Those models are used to make hourly changes in predicted pollution levels of over 200 cities globally.

The world map is an extension of the Plumes City Air Report, which provides information on pollution and air safety levels, safe outdoor activities, and main pollutants in major metropolitan areas around the world. 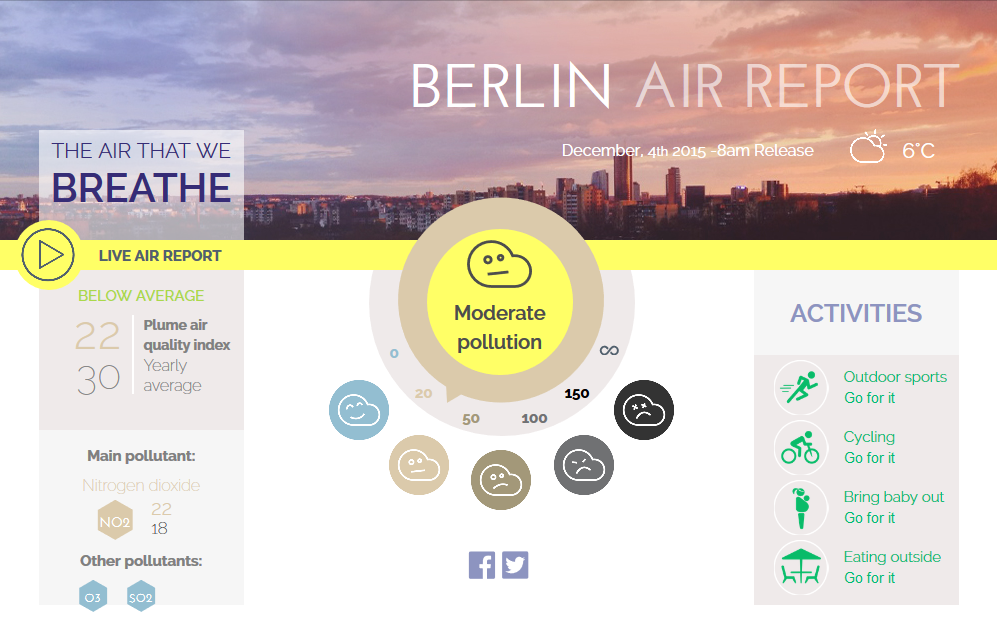 People living in Western nations often inaccurately believe that major air pollution is found only in industrializing nations. While large cities in those nations have seen incredibly dangerous levels of air pollution, it was Paris, host of the COP21 meeting, that briefly topped the world’s charts for most air pollution earlier this year. In fact, Oxfam has recently reported that it is the richest 10% of the world which is consuming 50% of the world’s emissions.

A city like London, for example, was experiencing moderate air pollution at the time of publication, and does so 243 days a year. This is already in excess of WHO recommendations for clean air.

Have you read?
Are you responsible for China’s pollution?
These countries are best prepared for climate change
Is climate change about to claim its first cities?

Image: A general view shows the Eiffel Tower and the Paris skyline through a small-particle haze. REUTERS/Gonzalo Fuentes

Has COVID-19 taken the heat out of the American love affair with the motor vehicle? A new report predicts a long-term shift in driving habits.