How much do natural disasters cost the world?

Natural disasters caused a total of $1.5 trillion in damage worldwide between 2003 and 2013, according to a study by the United Nations Food and Agriculture Organization (FAO), which finds they caused more than 1.1 million deaths and affected the lives of more than two billion people. 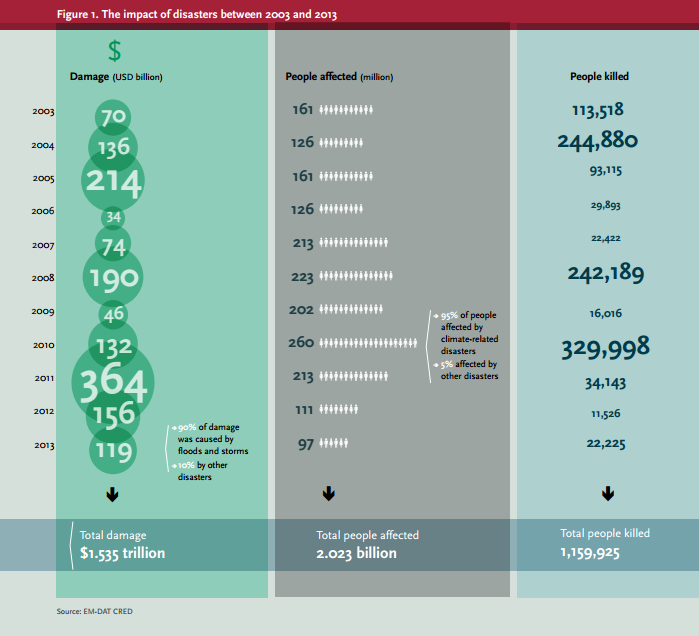 Researchers also found an increase in the frequency and severity of natural disasters over the past three decades, with a corresponding rise in economic losses.

The study is based on a sample of 78 needs assessments undertaken in the aftermath of disasters between 2003 and 2013. It covered 48 countries in Africa, Asia-Pacific, and Latin America and the Caribbean. 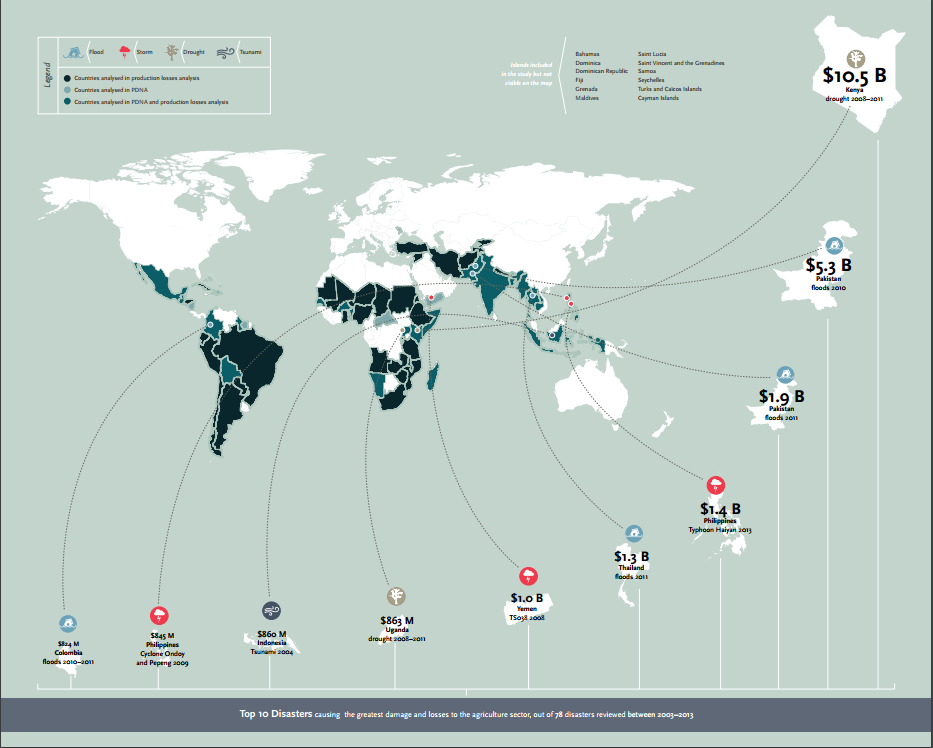 The most devastating natural disaster for the agricultural sector was the 2008-2011 Kenya drought, which caused damage worth 10.5 billion US dollars to the country’s agriculture. Next worst was the 2010 flooding in Pakistan which cost 5.3 billion dollars.

Image: A palm tree is damaged on a beach near Port Vila, the capital city of the Pacific island nation of Vanuatu March 14, 2015. REUTERS/Kris Paras

Scientists are finding ways to make carbon fibres from biomaterials instead of fossil fuels. The bio-based carbon fibres could be used to build electric cars and houses.

A digital version of the endangered Seychelles magpie-robin is being offered as a non-fungible token to find new income streams for wildlife conservation.

‘Cyborg soil’ reveals the secret microbial metropolis beneath our feet

Innovating for nature: Unlocking carbon markets for people, climate and the planet