Why are we still hooked on fossil fuels?

We often hear about the rise of renewables, and some progress has been made, with solar and wind consumption growing at just under 16% annually. But oil and gas still make up 86% of the world’s energy supply – pretty much the same percentage as in 1997. There is some good news, though. Recently, there have been several wind power success stories. For example, earlier this year, Denmark experienced unusually high winds, which helped generate 140% of the country’s consumption needs. This wind power surplus meant that Denmark was able to share some with its neighbours. 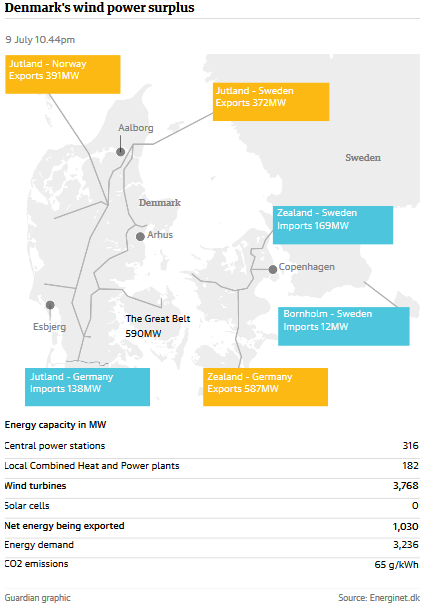 While these stories are promising, as Robert Wilson, a PhD student in mathematical ecology, notes: “Fossil fuels continue to dominate new energy infrastructure. Maersk is not unveiling solar powered container ships. Boeing and Airbus appear content with the age of kerosene. Steel makers are sticking with coal.”

And if we want to make progress on climate change mitigation, it’s exactly these sorts of companies and industries that will need to get on board with renewables. In 2014, the world was getting 14% of its energy supply from carbon-free sources. By 2050, that figure will have to be 90% if we are to achieve the climate goals set out in Paris earlier this month. 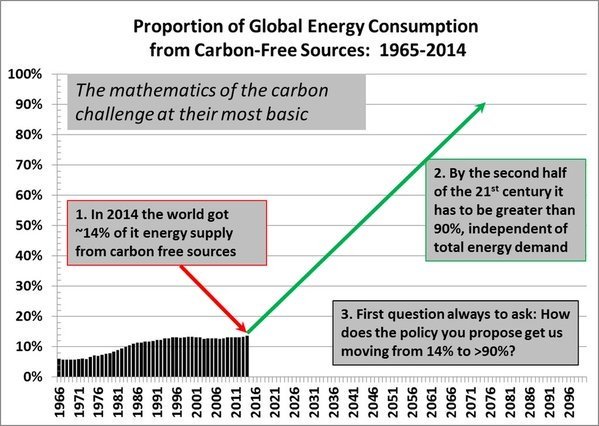 Image: Steam billowing from the cooling towers of Vattenfall’s Jaenschwalde brown coal power station is reflected in the water of a lake near Cottbus, eastern Germany. REUTERS/Pawel Kopczynski