Which is the world’s most polluted city?

Ask anyone to name the most polluted city in the world, and chances are the immediate response will be Beijing. In truth, the Chinese capital is only half as polluted as the city in the top spot – Delhi.

In fact, 13 of the top 20 most polluted cities in the world, according a World Health Organization (WHO) report from last year, are in India. This has led to fears for the health of children living in Asia’s third largest economy.

The report ranked almost 1600 cities in 91 countries for the quality of their air, which is measured for concentrations of PM10 and PM2.5, i.e. particles smaller than 10 or 2.5 microns. These harmful pollutants cling to the lungs and can cause disease.

In Delhi, the annual average is 153 ug/m3 (micrograms per cubic metre of air), which is six times the WHO’s recommended maximum. At various times of the year, this number spikes to much higher levels.

Here’s the list of the most polluted cities in the world: 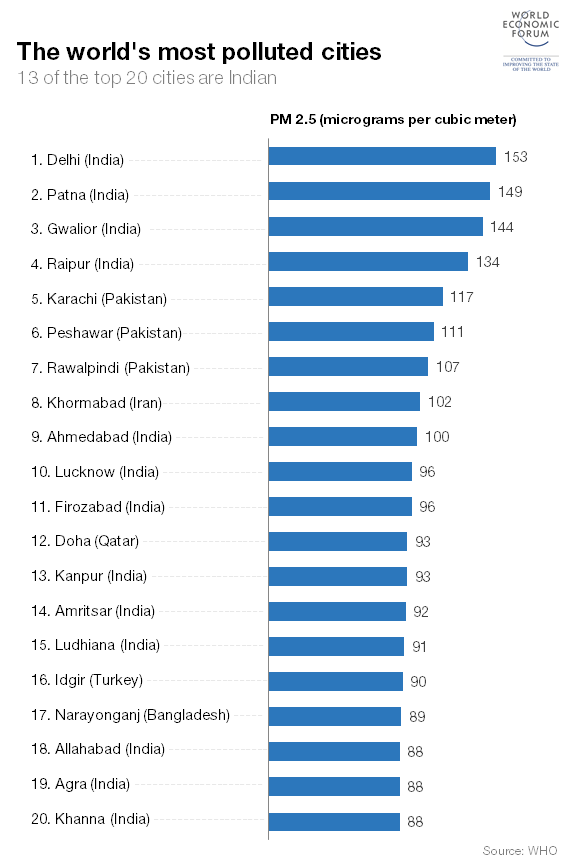