Which countries are best at protecting their natural environment for tourism?

Switzerland leads the world when it comes to protecting its environment for travel and tourism, according to the World Economic Forum’s Travel and Tourism Competitiveness Report 2015.

The Report’s Travel & Tourism Competitiveness Index benchmarks 141 economies across 90 key indicators to determine which countries are making the most of their travel and tourism industries to maximise economic development and competitiveness.

This part of the index considers factors such as the stringency and enforcement of environmental regulations, the sustainability of travel and tourism industry development and environmental treaty ratifications. 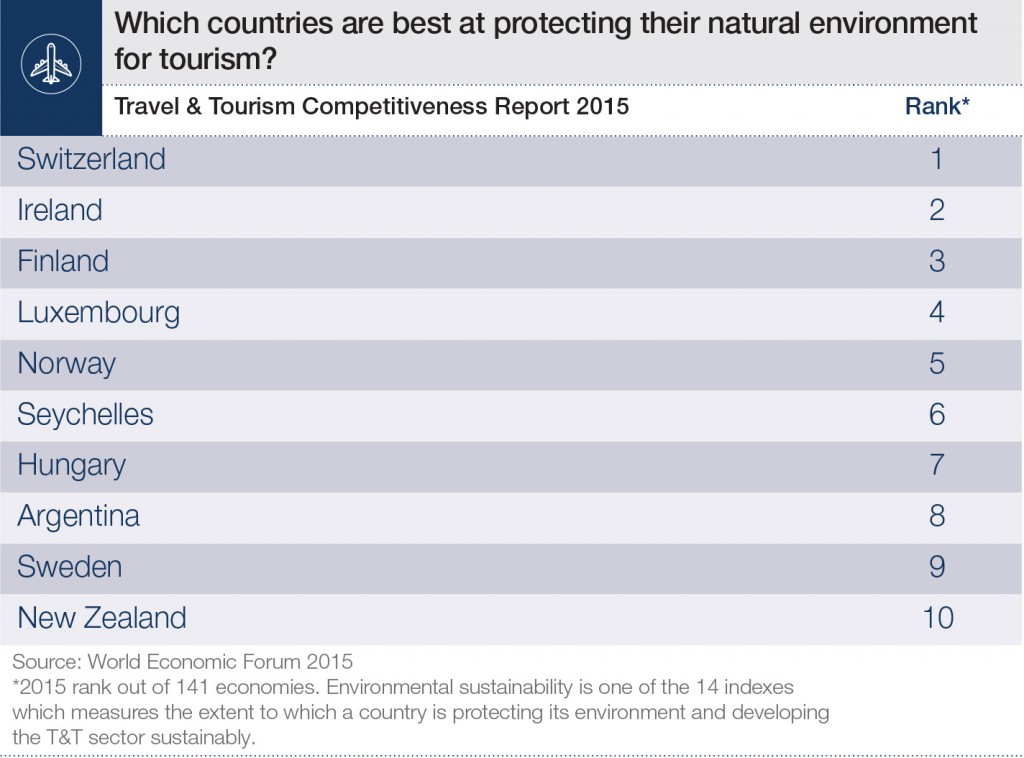 European nations put in a strong showing in the top 10 with Ireland and Finland ranked second and third, just ahead of Luxembourg and Norway.

The Seychelles is recognised for its environmental protection policies, ranking sixth.

Ranked eighth, Argentina is the only American nation to feature while New Zealand rounds off the list.

Rising sea levels pose a significant threat to major coastal cities - even if we could halt global warming.

Nature-based solutions help protect and restore ecosystems to address socio-environmental issues but can policymakers do more to unlock their potential?

Here's how cameras are helping protect the world's rarest gorillas

From pledges to action: What’s next for COP26 corporate commitments

How the Greenland ice sheet fared in 2021