Is the world keeping its promise to protect forests?

Forum in focus
Deforestation causes almost as much greenhouse gas emissions as global road travel. Here is how we can help halt it.
Read more about this project

The world is making sluggish progress towards meeting an international goal of at least halving natural forest loss by 2020 and ending it by 2030, researchers have warned.

The commitment, made in the New York Declaration on Forests in September 2014 at a U.N. summit on tackling climate change, is endorsed by around 180 governments, companies, indigenous peoples’ organisations, green groups and think tanks.

“Battling deforestation is a massive challenge that can’t be turned around overnight,” said Charlotte Streck, co-founder and director of Climate Focus, an advisory company.

Two new reports released this week by Climate Focus, the Global Canopy Programme and other forest research groups assessed how governments and companies are doing on reducing deforestation, ahead of U.N. climate talks starting on Nov. 30 that are due to agree a new global deal to curb climate change. 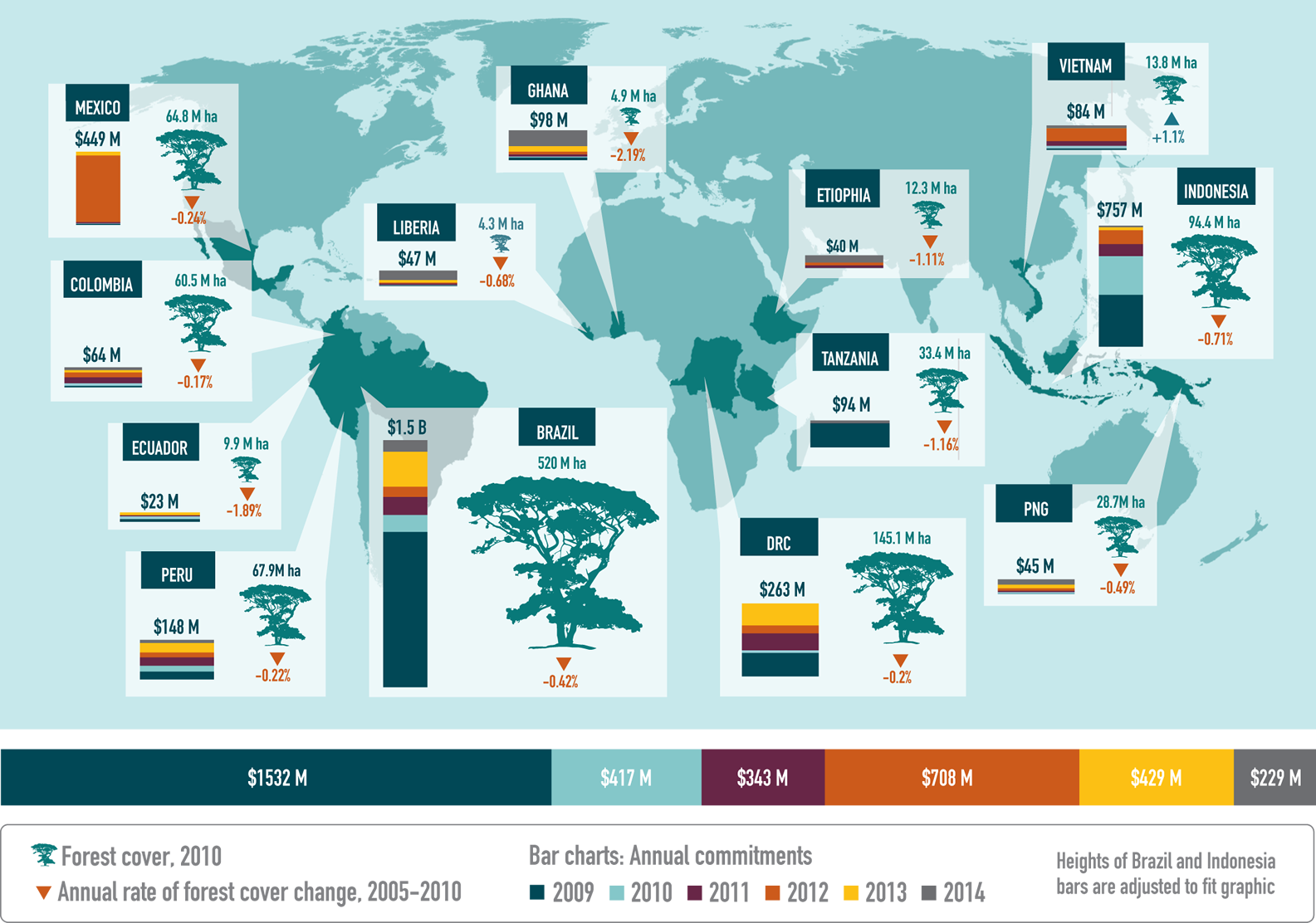 When forests are degraded or destroyed, the carbon stored in the trees is released into the atmosphere, and deforestation accounts for 10 to 15 percent of carbon emissions worldwide.

Streck said the Paris climate summit was an opportunity to signal clear action on halting deforestation. “Progress on forests at the meeting will serve as a bellwether for the fate of the (New York) declaration – and forests,” she said.

Here are some facts and figures from the reports:

Sources: 2015 Forest 500 from the Global Canopy Programme and Progress on the New York Declaration on Forests: An Assessment Framework and Initial Report from Climate Focus

More on Forests View all

Often painted as the villain in the fight against deforestation, agricultural commodity trading companies are crucial to implementing real change globally.

Climate and nature action – together in partnership for a better future