What governments need to do to ensure justice for girls everywhere

Sexual violence against girls is a global phenomenon. For many, their childhood and teenage years are particularly difficult, with abuses such as ‘child marriage‘, female genital mutilation (FGM), sex trafficking and other forms of violence causing often irreparable damage and limiting their access to education, health and justice.

Up to half of sexual assaults around the world are committed against girls under 16. In the developing world, more than 60 million women aged 20-24 were married before they turned 18. Three million girls are at risk of being subjected to FGM each year and 80% of trafficking victims are women and girls, with the majority being trafficked for sexual exploitation. 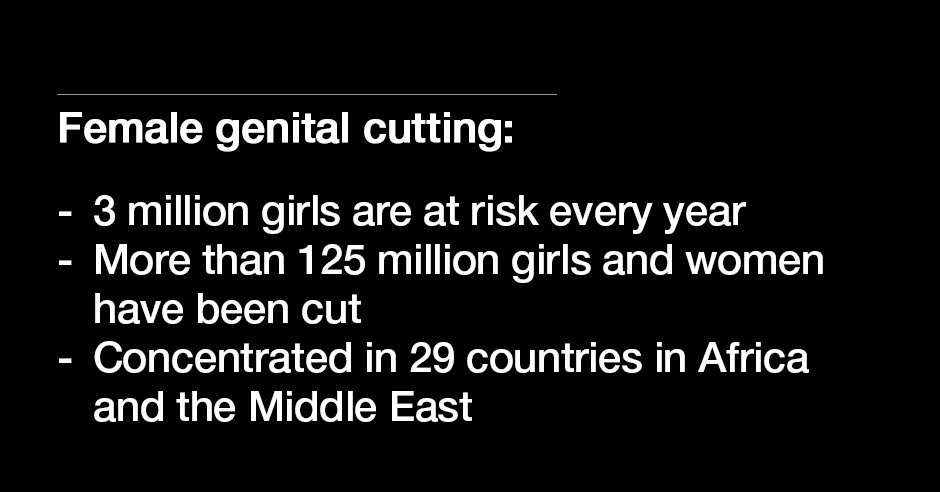 Ensuring that good laws are enacted and properly implemented is the first step towards making gender equality a reality, but many countries, such as Liberia and Mali, have yet to put in place laws which ban (FGM), while sexist nationality and citizenship laws persist around the world, causing untold hardships, vulnerability and instability not just for women and girls but for men and boys too. Governments are still reluctant to fix laws which discriminate on the basis of sex.

As insurmountable as the problem may seem, momentum is slowly growing towards understanding the specific needs of girls before and during adolescence. Awareness has improved, but getting good laws into place and enforced has been a challenge. Without laws, a girl does not have equal value in society. Since she is not ensured the same rights as a boy, the likelihood of her being harmed or abused is much higher.

Guatemala is the latest country to ban the sexual abuse of children, often referred to as ‘child marriage’. The previous law permitted girls as young as 14 to be legally traded. This positive change is hugely important in a country where 30% of girls under 18 have been married off. Guatemala follows Malawi, which set a minimum age of marriage of 18 earlier this year.

The movement to end FGM has also been gathering pace this year. Nigeria banned this extreme form of violence against women and girls this May, while at the beginning of the year, Egypt – the country with the highest number of FGM survivors in the entire world (27.2 million), completed its first prosecution of a doctor who murdered Soheir, a 13 year old girl, by carrying out FGM on her. While his conviction was welcome it has yet to be enforced. He continues to evade justice and rather than serve time in prison he is reportedly back at home still practising medicine without scrutiny. This completely undermines both the ban on FGM and the signal sent by the courts that its breach would be punished.

Understanding that a lack of support systems can leave girls in a vulnerable situation, Equality Now’s #JusticeForGirls program uses strategic litigation and other forms of advocacy to help ensure a more secure childhood and adolescence. One case can have a positive ripple effect on the rest of society.

Almost two million people signed an Avaaz petition calling for #JusticeForLiz – a 16 year old girl who was gang-raped and left for dead in Busia, Western Kenya. Equality Now and partners helped to push this case forward and to make sure that her rapists were arrested and convicted. We also worked to call for 70 further cases to be re-examined; justice for one girl, helped create a positive environment for other girls to access it too.

18 November is European Day on the Protection of Children against Sexual Exploitation and Sexual Abuse. This is a great opportunity to reflect on what we as Europeans can do to help end sexual violence around the world – and what power and influence we may have to push governments to do more.

At the global level, the newly-adopted Sustainable Development Goals include girls throughout, but we need to ensure that progress towards achieving these goals – such as ending FGM and child marriage – are implemented and measured wherever women and girls are affected and not just in specific countries. A ‘global indicator’ is needed to make this happen, since child marriage and FGM are both global issues and should concern us all.

At national level, for girls to live their lives free from sexual violence and enjoy access to justice and security, they need governments and government agencies to communicate unequivocally and repeatedly through their words and their deeds that sexual violence is unacceptable in all its manifestations, in public and in private, in school and at home. Governments must ensure girls have knowledge of and support in exercising their own rights; a supportive environment where they can voice their concerns without fear of stigma or disbelief; assurance that they will not be re-victimised through a slow legal process; and, finally, girl-centred and specialist support services, if and when they are required.

In making sure that every single girl enjoys a life free from exploitation and abuse, she is given a strong base from which to make great advances in her own life and to contribute to those around her. By treating her equally in the law, ensuring that she can access justice, while protecting her from violence and discrimination, she is given the freedom to be her unique self. From here, enormous potential opens up not only for her, but for all of those around her.

Women are at the forefront of the fight against the coronavirus – the reconstruction job afterwards must take their health, education and economic needs into full account.

Coronavirus could put 4 million girls at risk of child marriage

World Vision, an international children's charity, has warned that the COVID-19 pandemic could put 4 million girls at risk of early and enforced marriage.

The reason why female leaders are excelling at managing the coronavirus

5 tips for working from home as a woman in STEM

UN: 3 months of lockdown could result in 15 million cases of domestic abuse worldwide