As a former president of the American Society of International Law, I should bemoan the recent Paris agreement on climate change as a failure. By the standards of a traditional treaty, it falls woefully short. Yet its deficits in this regard are its greatest strengths as a model for effective global governance in the twenty-first century. 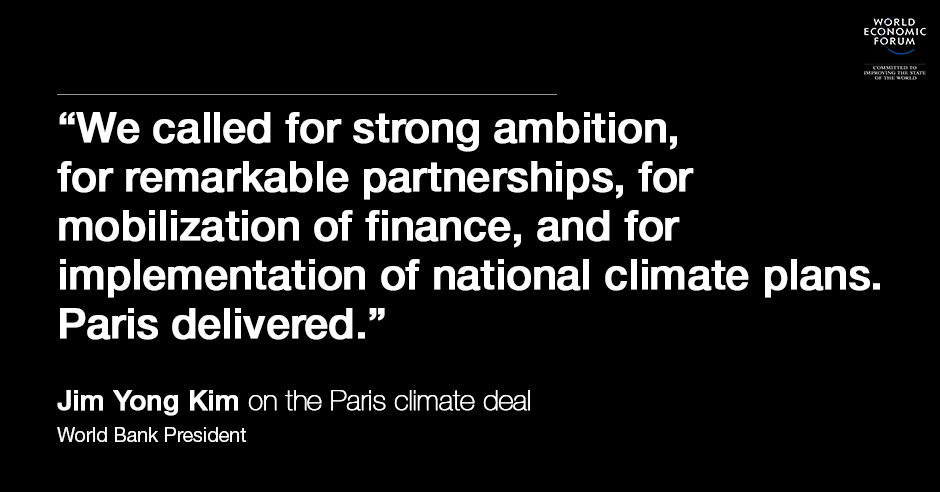 The international legal gold standard is a treaty, a binding document that can be enforced by courts and arbitration tribunals. Such agreements comprise more than expressions of intent; they contain codified, enforceable rules, along with sanctions for non-compliance. Indeed, they must be ratified by national parliaments, so that they become a part of domestic law.The Paris agreement is none of these things. In the United States, as a matter of domestic law, it is an executive agreement, binding only on President Barack Obama’s administration. An executive-legislative agreement would have the same status as a treaty, except that a treaty must be ratified by two-thirds of the Senate, whereas an executive-legislative agreement must be adopted by the Senate and the House under the same rules that apply to all domestic legislation. An executive agreement made by one administration is not necessarily binding on its successor, but it would have to be explicitly repudiated.

Moreover, unlike in a traditional international treaty, the obligations of the Paris agreement are not fixed. The point of carefully negotiating international agreements is that once they become law, they cannot be changed, except through formally agreed amendment processes. That permanence gives them authority. Yet the 195 signatories to the Paris agreement created a non-binding system for raising their individual obligations every five years. In other words, the parties are encouraged – but not required – to submit increasingly stringent revisions of their so-called Intended Nationally Determined Contributions (INDCs), based on their own judgment.

The Paris agreement also abandons the idea of “compliance” as a stamp of legality or illegality. The historic job of international lawyers and tribunals has been to determine whether a signatory to an international agreement is complying with its obligations. The Paris agreement essentially substitutes transparency for compliance, creating an “enhanced transparency framework” designed “to build mutual trust and confidence and to promote effective implementation.”

A subsequent article of the agreement does create a compliance mechanism, but specifies that it will be “expert-based” – meaning that assessment teams will include climate scientists and policy experts, as well as lawyers. Furthermore, it will be “facilitative,” functioning in a manner that is “transparent, non-adversarial, and non-punitive.” That sounds more like a support group than a disciplinary committee.

In short, by traditional international legal standards, the Paris agreement is essentially a statement of good intentions, setting forth aspirational goals to limit global temperature rise to 2° Celsius – or, ideally, 1.5°C – above pre-industrial levels. It is as far as could be from the Treaty of Vienna, the Treaty of Versailles, or even the treaties banning landmines and establishing the International Criminal Court. And that is precisely why it has a good chance of working.

For starters, tackling a problem as complex and fast-moving as climate change would be impossible with permanent, binding commitments. By the time an agreement could be hammered out – if it could be hammered out – the scale and features of the problem, not to mention the technologies that could be used to address it, would have changed. The new kind of global governance that the Paris agreement exemplifies, which substitutes rolling processes for fixed rules, is far better suited to the kinds of global problems we face today.

Likewise, in a world of 195 diverse countries – from the desperately poor or conflict-ridden to the highly developed – top-down obligations can never be uniform enough to work. Relying on bottom-up INDCs, which require the citizens and governments of each individual country to come together to determine what they can reasonably achieve, is far more promising.

But perhaps the most important shift made in the Paris agreement is from selective coercion to collectively supported competition. Instead of suing one another for failure to comply with a legal obligation, countries will try to outdo one another in their efforts to help address a shared problem. The transparency mechanism supports this shift, by allowing journalists, activists, scientists, concerned citizens, and climate-friendly businesses to engage in debates, publicize successes and failures, solicit help and advice, and offer support to lagging countries.

This highlights the final crucial feature of the new global governance model exemplified by the Paris agreement: The deal reached earlier this month, like the Conference of the Parties itself, is not only for governments. Although the agreement calls on governments to continue providing public finance through the official Green Climate Fund, individuals and entities are also playing a major role.

For example, Bill Gates made global headlines during the negotiations when he announced a $2 billion fund to invest in clean energy, financed by the Breakthrough Energy Coalition, a group of 26 global philanthropists and the University of California. The BEC heralds a new level of public-private partnership, with the investors working with the governments of some 20 countries – including the China, India, and the US – that already account for roughly 80% of global investment in clean energy and have now pledged to double their investments.

Negotiators in Paris recognized that business, philanthropy, civil society, academia, and ordinary people all have a role to play in addressing a major global challenge. Change is happening even on the government side, with municipal authorities often significantly outpacing their national counterparts, operating through vehicles like the C-40, a “network of the world’s megacities committed to addressing climate change.”

The Paris agreement is a sprawling, rolling, overlapping set of national commitments brought about by a broad conglomeration of parties and stakeholders. It is not law. It is a bold move toward public problem solving on a global scale. And it is the only approach that could work.

Author: Anne-Marie Slaughter, a former director of policy planning in the US State Department (2009-2011), is President and CEO of the think tank New America

Mental wellbeing is essential for a country’s sustainability. Further investments in treatment and prevention could have huge economic and social benefits.

What did the late economist John Williamson mean by the 'Washington Consensus' – and where do we go from here as we build back better after the pandemic?

Most adults agree with vaccine passports for travel, survey shows

The future of global trade - in 7 charts

Cuba and the United States: a timeline of diplomatic relations