Is climate change about to claim its first cities?

A new study suggests that by the end of the century, parts of the Middle East may become uninhabitable for human beings. Extreme heatwaves could create conditions in several Middle Eastern cities that would exceed the threshold of  what human beings can endure. Scientists used what is known as ‘wet bulb temperature’ (WBT), the combination of temperature and humidity. At 35 degrees WBT, a combination of 45 degrees celsius and 50% humidity, “any exposure for more than six hours would probably be intolerable even for the fittest of humans”. That temperature was already almost reached in Iran earlier this year.

Data from British firm Verisk Maplecroft suggests that the Middle East will not be the only region threatened by rising temperatures. Singapore and Malaysia could both see up to a 25% decrease in productivity due to rising heat stress. Other countries could feel similar stresses with loss of productivity predictions at 21% for Indonesia, 16% for Cambodia and the Philippines and 12% for Thailand and Vietnam. 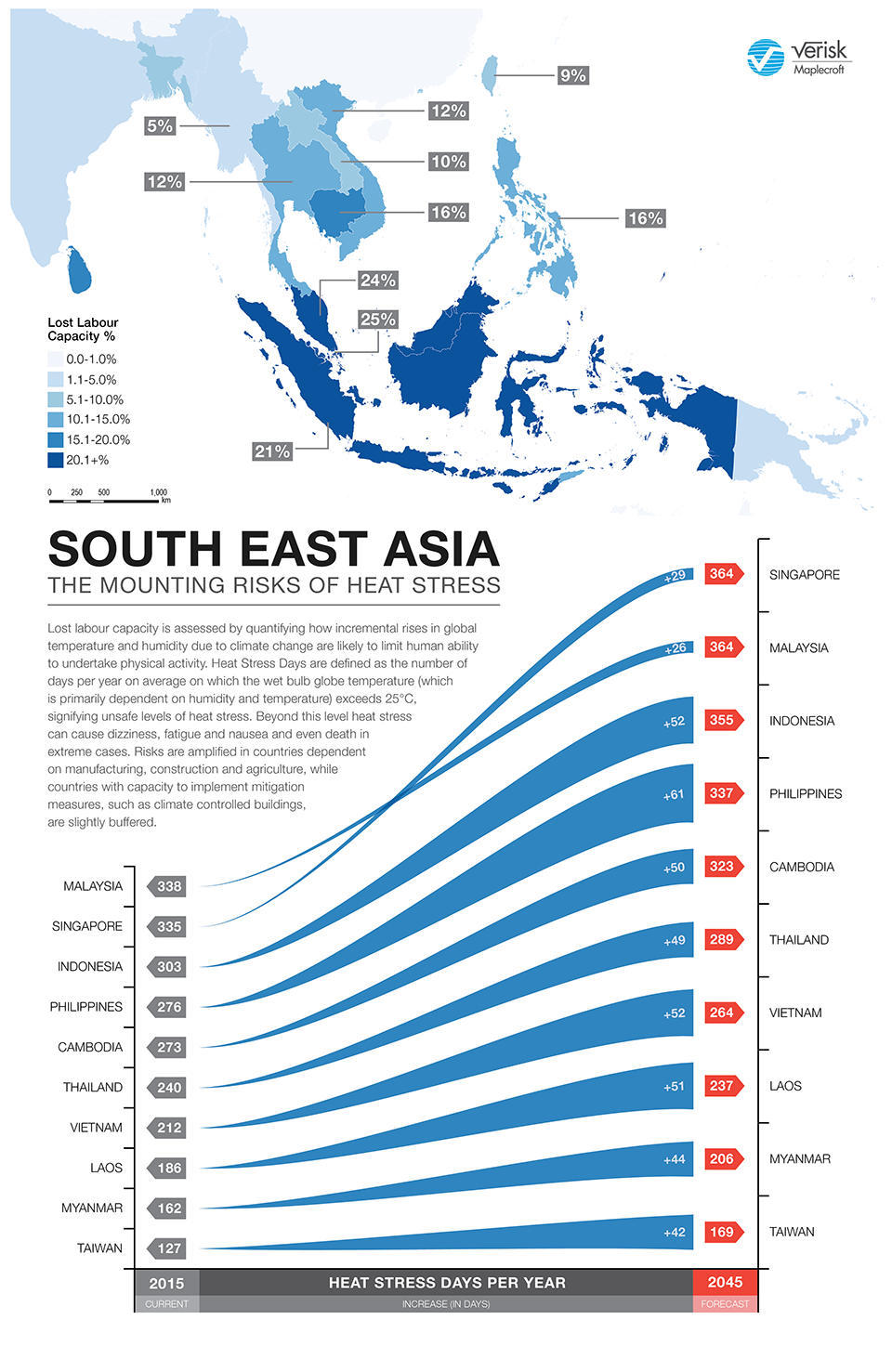