4 things to know about Turkey’s economy

Once the fastest-growing economy in the G20, Turkey suddenly has a lot on its plate: the global slowdown, the fallout from the Eurozone crisis, wars in neighbouring Iraq and Syria, terror attacks, the migrant crisis, fighting between the army and Kurdish rebels, and political turbulence.

Erdogan’s party, which has held office since 2002, has been handed a strong mandate. The election result has driven up the Turkish lira – but Turkey’s economic woes are far from over. Here are four key challenges that lie ahead.

Turkey is one of the MINT countries (Malaysia, Indonesia, Nigeria and Turkey) that were tipped to be the world’s next big emerging economies after the BRICS. It still remains one of the world’s top 20 economies – 18th according to the World Bank – but its once high-flying growth has slowed. 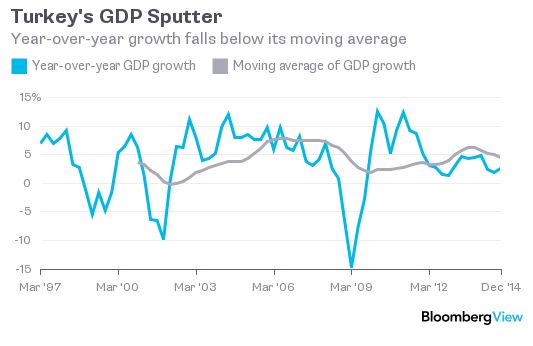 The AKP’s outright election win provided the lira with a much-needed boost on Monday – to 3%, a three-month high against the dollar. In September, the lira, one of the most vulnerable emerging-market currencies, fell to a record low. Recently, the national currency has been battered by political uncertainty, the prospect of a credit rating downgrade and a rate increase in the United States.

Consumer confidence is nearing a five-year low, according to an index by Turkish Statistical Institute and Central Bank of the Republic of Turkey (CBRT). This is not surprising given that, this year, unemployment reached its highest level in five years. Three years ago it dipped below 8%, and now it’s around 11%. Meanwhile, gross domestic product per capita has been stuck at around $10,000 for several years.

Turkey’s current-account deficit is also high, although less so than in the early months of 2013.

Foreign investors’ equity holdings have fallen by $6.6 billion and their bond holdings by $13.5 billion since the start of the election cycle in March 2014, according to central bank data. 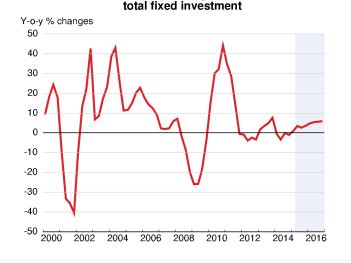 Mending bridges with the central bank

Following the election, investors will be looking for clues as to the state of relations between Erdogan’s government and Turkey’s central bank. The relationship came under strain after political attacks on the bank’s leadership. The central bank has struggled to hit its inflation target and faced criticism for raising rates. Inflation in September rose to 7.9%, above the central bank’s 5% target.

Have you read?
The case for Turkey in Europe
4 things Turkey did for business in the G20
How can Turkey narrow its gender gap?

More on Turkey View all

How reskilling can play a key role in Turkey’s recovery

Turkey must reskill more than 21 million workers to meet the demands of the future of work. The new Turkey Closing the Skills Gap Accelerator will help.

More than a decade after a global financial crisis that spawned new policy tools designed for traumatic events like COVID-19, will they be enough?

How this Turkish city went from dumping ground to destination

Is there a new debt crisis on the horizon?