These countries produce the most biofuels

The United States produces the most biofuels, according to data from the US Energy Information Administration. In 2012, it produced some 940,000 barrels a day.

The following chart is based on EIA data, and shows the top 10 countries for biofuel production, measured as thousand barrels per day. The EIA considers biofuels a collective term for liquid fuel, which is derived from renewable sources – types of biofuel include ethanol, biodiesel and biobutanol. 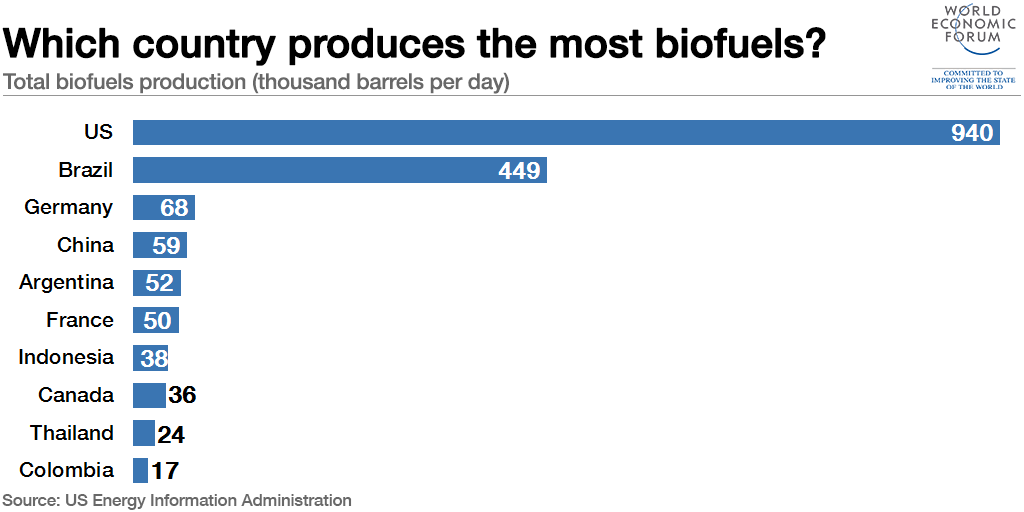 Image: A woman walks through a field with bio-diesel April 18, 2014. REUTERS/Yannis Behrakis

Suits you - and the planet: Why fashion needs a sustainability revolution

At the Sustainable Development Impact Summit, two pioneers explore how the make the fashion industry more sustainable, from consumers to manufacturers.

A new study in Nature suggests that tropical 'montane' forests on Africa's mountains are more concentrated stores of carbon than the amazon.

Decades of data show we are over-exploiting tropical rainforests