The flow of refugees and asylum seekers into Europe, and around the world, is a major challenge for societies across the globe.

Lucify, a Finnish data visualisation firm, has produced a graphic highlighting the flow of asylum seekers into Europe. Each moving point on the map represents 25 people, and shows the movement of people since 2012 up until 19 November 2015. The full interactive version can be viewed here. 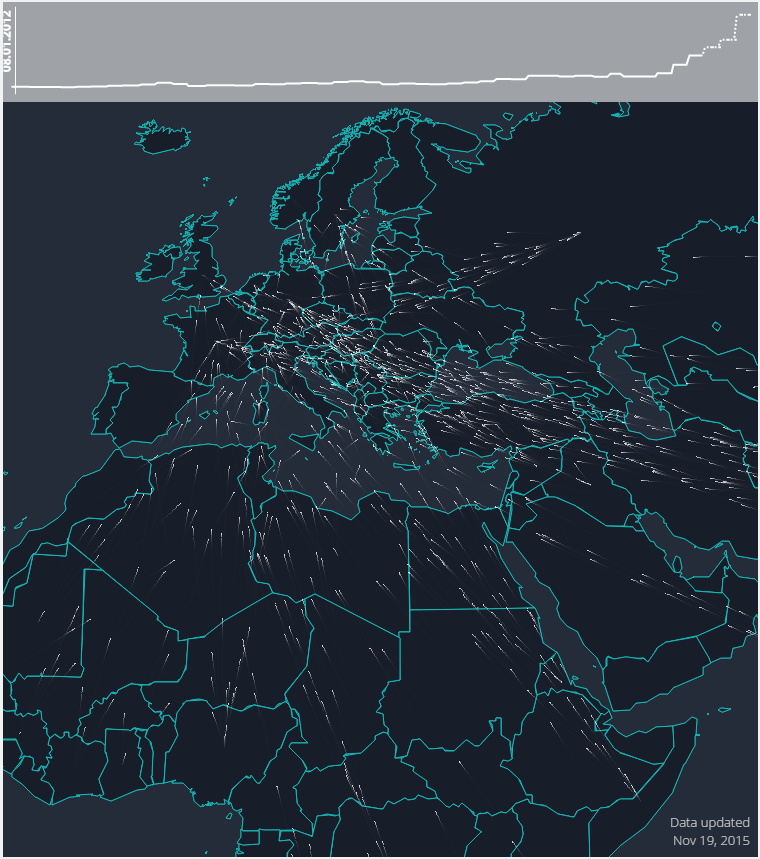 The image above highlights the wide area that refugees are coming from, and while large numbers are heading to Germany and Sweden, these are far from their only destinations.

It emphasises the need to treat the crisis as a challenge for the whole of Europe, requiring coordination between governments and other international agencies.

Equally, the visualization is only intended to show flows into Europe, not around the rest of the displayed area. Therefore it is important to remember that while around 700,000 Syrians have sought asylum in Europe since April 2011, there are in excess of 4 million Syrian refugees registered in Turkey, Lebanon, Jordan, Iraq, Egypt and the rest of North Africa. This is undeniably a global challenge.

Based on data published by the UN Refugee Agency, it provides a visualisation of the flow of people, but is not intended to accurately represent the routes taken or the length of these journeys.

While African and European states struggle to find common ground in response to COVID-19, the continents' cities are working together to build back better