India and the World Economic Forum 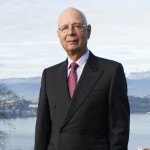 The World Economic Forum was created in 1971 as a not-for-profit foundation under the supervision of the Swiss federal government. The basic idea was that global, regional and national challenges cannot be met by governments alone, by business alone or by civil society alone. As I outlined in a book, also published in 1971, collaborative efforts are needed in a multistakeholder community and are the best way to achieve sustained economic development and social progress.

In line with the multistakeholder concept, I considered the world as a big multistakeholder community, not split into a two-tier society of industrialized and developing countries, as it was then seen. Therefore, from the mid-1970s onward, I made great efforts to include Indian participants in our meetings and activities.

In August 1984, I took the initiative to invite Rajiv Gandhi, then General Secretary of the ruling Congress Party, to meet with business leaders at the Forum’s headquarters in Geneva. Less than a year later, the Forum convened the first India Economic Summit in New Delhi in cooperation with the Confederation of Indian Industry (CII). Rajiv Gandhi, who had succeeded his mother Indira as Prime Minister of India after her tragic assassination just three months after his trip to Switzerland, welcomed the participants and delivered the opening address. And tomorrow, we will inaugurate our 28th Summit.

The Summit has since become a significant annual event on the Indian calendar and has contributed substantially to the economic and industrial development of India and the promotion of understanding and collaboration between the international and Indian business communities.

Personally convinced of the great potential of the country, I also made sure that India always had a special and privileged platform to carry its message to the world at our Annual Meeting in Davos, which is the world’s most well-known annual multistakeholder gathering.

In a quote published in the book The World Economic Forum, A Partner in Shaping History: The First 40 Years, Prime Minister Manmohan Singh referred to the fact that, if a book were written describing India’s globalization and liberalization process, that the Forum would “figure in the most prominent way in this history book”.

Over the past decades, the World Economic Forum – which has at its core the world’s foremost 1,000 global companies – has evolved into a much more diversified organization, continuously integrating other stakeholder communities. We are therefore proud that, in addition to the traditional strong business membership in India, the Forum integrates exceptional young Indian leaders from all walks of life. They are part of our active community of Young Global Leaders.

The impressive intellectual power of India is also brought into our activities through the strong presence of Indian experts in our Network of Global Agenda Councils, which assembles the best thought leaders on specific global challenges, such as energy security, environmental sustainability, youth unemployment and many more. Also, for more than a decade, the Forum and the affiliated Schwab Foundation for Social Entrepreneurship have promoted and supported social entrepreneurs in many parts of India. The latest addition to the Forum family is the Community of Global Shapers, comprised of extraordinary young people in their twenties, with “hubs” being created worldwide, including in Ahmedabad, Bangalore, Chennai, Hyderabad, Kolkata, Mumbai and New Delhi. Moreover, NGOs, trade unions, women leaders and faith leaders have also become integral parts of the World Economic Forum community.

Thus, the World Economic Forum has become the world’s foremost multistakeholder organization, working together with governments and international organizations on presently over 60 projects, to improve the state of the world in areas such as tackling corruption, combatting chronic diseases, improving environmental standards as well as economic competitiveness and many others.

The multistakeholder orientation of the Forum is reflected in its Foundation Board, with representatives not only from industry, but also from public organizations, academia and civil society. No stakeholder group is allowed to hold more than 50% of the seats on the Board.

In line with our approach implemented worldwide, the Forum has had to adapt its Indian presence to emphasize its independent, neutral and particularly non-advocacy role. This means that we had to transform our formal cooperation with the Confederation of Indian Industries into a more informal relationship, yet maintaining the cordial ties developed over so many years. Over time, this more independent approach will lead to the creation of a physical presence of the World Economic Forum in India to directly take care of our Members and constituents. This would follow the pattern which we have established in other key areas in the world, with offices already in the United States, China and Japan.

The World Economic Forum has stood by India in times when many foreign leaders considered the country as too inward-looking and mired in domestic challenges. I remember how much energy I had to spend in the 1980s and 1990s to convince foreign leaders to join our summits in India.

My conviction of the potential of India was confirmed when I saw India’s real GDP growth move from 5.6% in the 1980s, to 5.7% in the 1990s and to 8% in the first decade of the 21st century. India became a darling of the international investor community – India was “everywhere”. The country became associated with a great, positive brand which underscored its increasing political, economic and business soft power in the world.

Today, there are worrying signs partially related to the deterioration in the global economy that we have experienced since 2007: the macroeconomic environment is deteriorating with slowing growth and a worrying fiscal and foreign exchange situation. India urgently needs foreign investment, but the foreign investor community is concerned by continuing problems in infrastructure, notably energy and power. But even more worrisome is the current atmosphere of political discourse and action. The shadow of large-scale corruption also considerably darkens the standing of India.

The question about the attractiveness of India is also underscored by India’s position in the World Bank’s Doing Business Report 2013, ranking 132nd, and its ranking in the Forum’s Global Competitiveness Report 2012-2013, where it currently stands at 59th place, compared with the other BRICS countries: China 29th,  Brazil 48th and South Africa 52nd. More worrisome is that India has not improved its ranking over the past three years.

In addition, a discussion among economists is now taking place whether India is caught in a middle-income trap, signifying that economic recovery is not automatically guaranteed as a cyclical process, but rather will require decisive and coordinated economic and political leadership to put the country on a different and more inclusive path for the next phase of its development.

India has had a tremendous influence in shaping the world of today, and I personally still believe in a promising future for India, and have many reasons to do so: the quality of its entrepreneurs, the energetic leadership in an increasing number of its states and the significant multiplier effect of the reform and innovation policies should they be enacted. Having been an observer, partner and friend for nearly 30 years, my biggest concern is that India reverts to inward-looking tendencies, where its enormous human energies are absorbed by infighting and by attitudes where personal and sectoral interests trump true responsible and responsive citizenship.

Image: Commuters are seen on a busy commercial street in India. India has become a melting pot of innovation and tradition. REUTERS