4 things to know about the TPP trade deal

Yesterday, after over five years of formal negotiations, trade ministers from the 12-country Trans-Pacific Partnership (TPP) announced the successful conclusion of the largest non-multilateral trade and investment deal in history. Characterized by the United States Trade Representative (USTR) as “the agreement that will define the future rules of the road for the Asia-Pacific region”, TPP already covers 40% of the planet’s GDP. 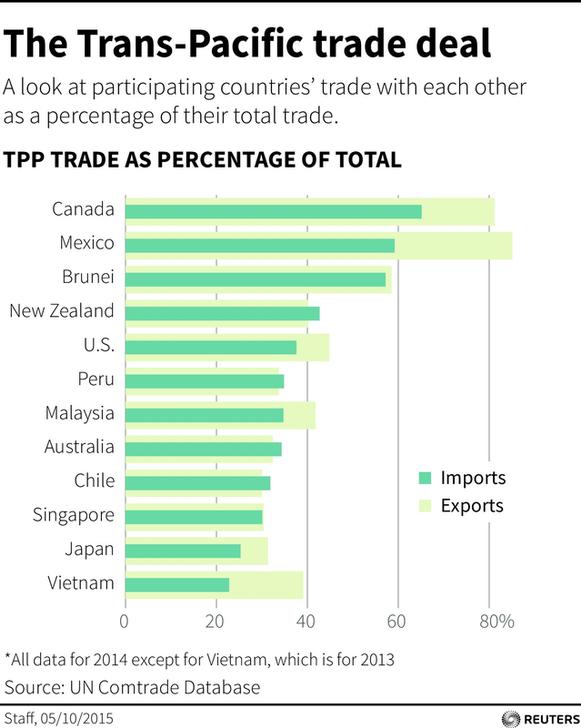 From day one, TPP was marketed as an “ambitious, next-generation comprehensive treaty”, which would extend afar from the contours of traditional trade in goods and services. Twenty years ago, NAFTA generated basic headlines on issues such as environment, labour, intellectual property (IP) and state-owned enterprises (SOEs). What TPP does is to deliver comprehensive rules on these and other issues, such as regulatory coherence, patents and pharmaceutical products, and new provisions on e-commerce, privacy laws and cross-border data flows. As it goes far beyond a classic market access approach, it is no accident that during yesterday’s landmark ministerial press conference, Vietnam’s trade minister discussed labour matters, the Chilean secretary focused on intellectual property and biologics, and Peru highlighted implications on trade and gender.

China is not a TPP member. Unsurprisingly, the very first question of the press conference prompted USTR Michael Froman to “send a message to the Chinese, including a path forward for freer trade to the Asia-Pacific region”. Further than the ambassador’s educated reply, TPP’s “living agreement” has always had its eyes on non-members, especially on China.

Beyond the US’s “Pivot to Asia”, for which TPP is of the essence, much has been said of it as a venue for creating rules for China without China. Here TPP is pushing in a new front, which is dealing with issues that have arisen in major trade disputes but are not solved at the multilateral level. An entire SOE chapter is a clear signal of the intention to deal with such future disputes, arguably aimed precisely at China. Moreover, a separate deal on forfeiting exchange rate manipulation to gain an unfair competitive advantage, while serving US auto industry interests touching Japan, may also aim to serve a broader purpose on China.

After various congresses overcame fierce battles to seal the deal, including market access areas on which TPP failed to deliver its original promise; the next step will be to welcome newcomers. Long before China’s potential membership, others such as South Korea and Taiwan will likely be joining the ranks. These exercises will be interesting to evaluate China’s full potential to join TPP as rule-follower, instead of as a rule-maker.

With other major negotiations on deck, including a bilateral investment treaty between the US and China and an APEC comprehensive Free Trade Area, TPP is expected to actually propel other mega-regional trade deals, in Asia and beyond, including the other non-China big game in town, the EU-US Trans-Atlantic Trade and Investment Partnership (TTIP). 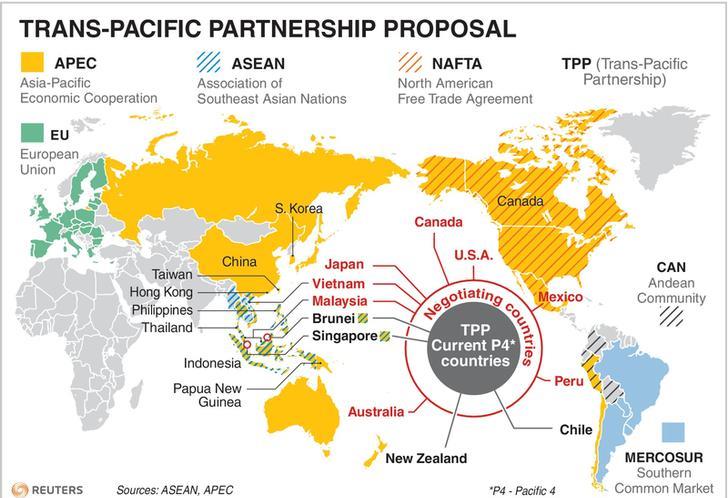 WTO: why can’t we be friends?

TPP also breathes much-needed fresh air on to a trade community exhausted by continuous frustrations at a global level, especially at the World Trade Organization’s (WTO) Doha round of negotiations. Without further significant multilateral progress in sight, sequential harmonization through far-reaching regional agreements such as TPP may very well be the way of the future. The message to the upcoming 10th WTO ministerial meeting in Nairobi is that even if Geneva keeps lingering, the world of trade and investment has finally found another way to move forward, both through TPP and plurilateral negotiations such as the 51-country Trade in Services Agreement (TiSA), which is set to be highly convergent with TPP in the near future. The facts of the case are that in this era if you are not creating the rules, chances are you will be following them anyway. No one understands that better than China, after having suffered a similar process by being a latecomer into the WTO in 2001.

With TPP, geopolitically the United States has repositioned itself as a leader in the Asia-Pacific region, with an agreement that follows its model and high standards, and a clear potential for expansion, including China. In terms of traditional trade, it is fair to wonder if textiles made in Vietnam will be the next Made in China, or if a “Made in TPP” automobile will replace “Made in NAFTA”. However, TPP’s enduring value is packaged in a different manner, which is positioning its next-generation issues such as IP, environmental and social protections, data flows and regulatory coherence standards, updated services and investment rules, or transparency and anti-corruption provisions, as a minimum common denominator for pioneering agreements aiming to discipline trade in the 21st century.

Have you read?
Has the TPP trade deal brought trade up to date?
Why the TPP is about more than trade
How can we reinvigorate global trade?